With improved dynamics and an all-new engine, Porsche remasters its stonking Macan in order to depose recent usurpers

Still in its first generation, the Macan has been a smash success globally by combining mid-size SUV proportions and sports car sensibilities. This facelifted version tweaks the ingredients ever so slightly, and turns up the dynamic heat as it faces fresher-faced competition from the likes of BMW’s X3 M40i, Alfa Romeo’s Stelvio Ti and the Mercedes-AMG GLC 43. 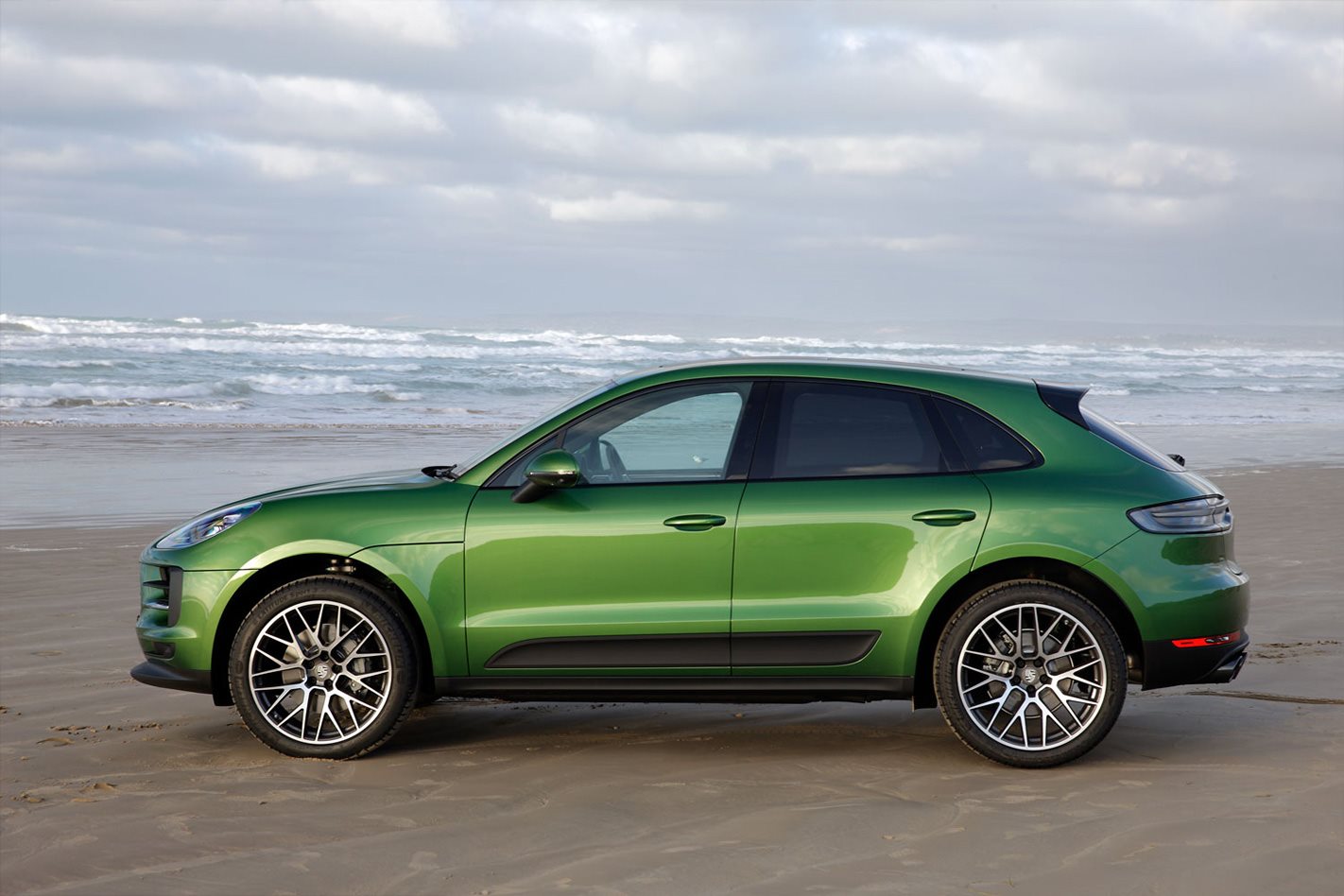 WHY WE’RE TESTING IT

While visual changes are minimal for this facelift, and much of the mechanical essentials remain the same at their core, Porsche has been busy fastidiously tweaking and recalibrating the Macan S to improve both its sporting nature and everyday liveability. The most significant change is an all-new engine, borrowed from higher in the Porsche range. 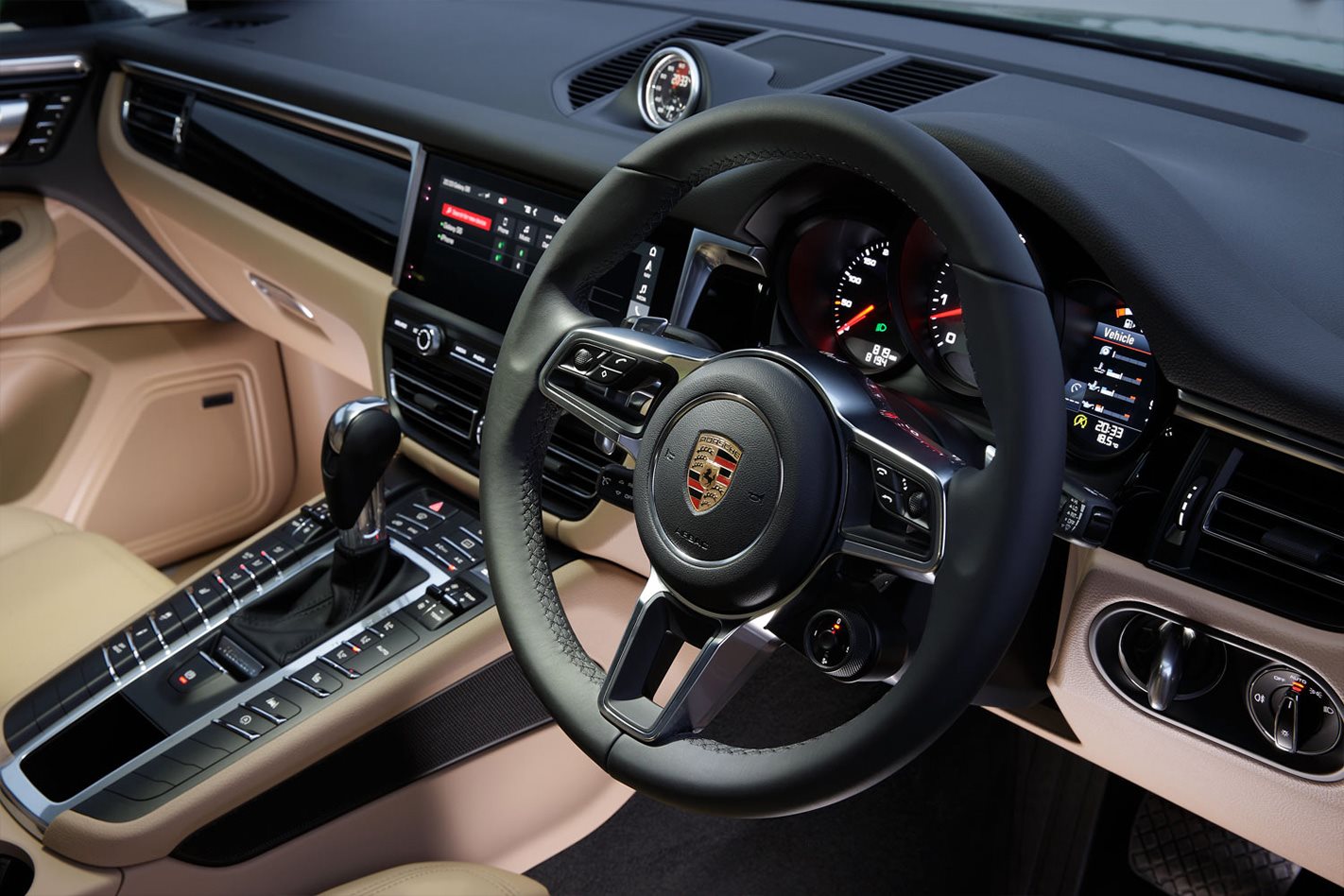 IF you were still staunchly holding onto the old stereotype that an SUV is incapable of delivering sportscar-like dynamics, Porsche’s facelifted Macan might just be the car to (finally) challenge that dogma.

Still in its first generation, Porsche did an impressive job straight out of the box with the Macan, building a suburban hero with a sporting double life. To put its success into some kind of perspective, how many other major  manufacturers can you think of whose bestselling model didn’t even exist a mere five years ago? Through a number of restrained refinements, Stuttgart has further improved what was already the most impressive dynamic offering in the segment. 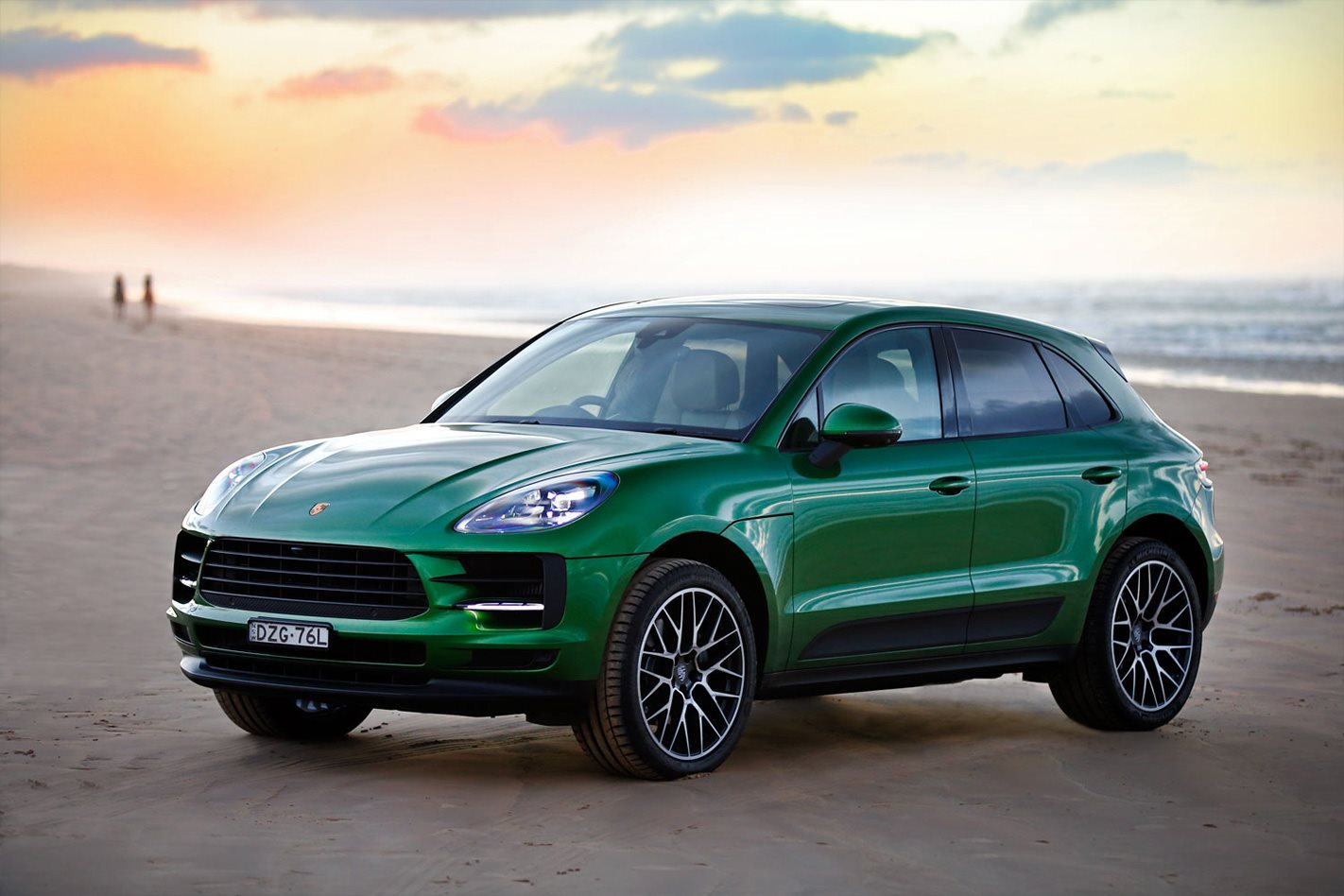 Other mid-size luxury SUVs may have had more power, or been quicker to 100km/h, or be more economical, or can carry more people in great comfort, but the Macan has long stood above the rest as the undeniable choice for those who place driving enjoyment at the top of their priority list.

Plenty have come to claim the Porsche’s crown since it was first introduced in 2014, with Jaguar’s F-Pace and the Range Rover Velar recent additions to a field which already included Volvo’s hybrid powerhouse, and COTY-winning, XC60 T8, as well as the Mercedes-AMG GLC 43 and 63 siblings, and all-new BMW X3 M40i. Alfa Romeo’s Stelvio has also joined that fold, offering keen drivers a moderately practical option. When measuring all-round liveability, Wheels gave the XC60 the nod in a five-car comparison last year, which included a Macan Turbo. But it was always the Porsche that impressed us the most dynamically. 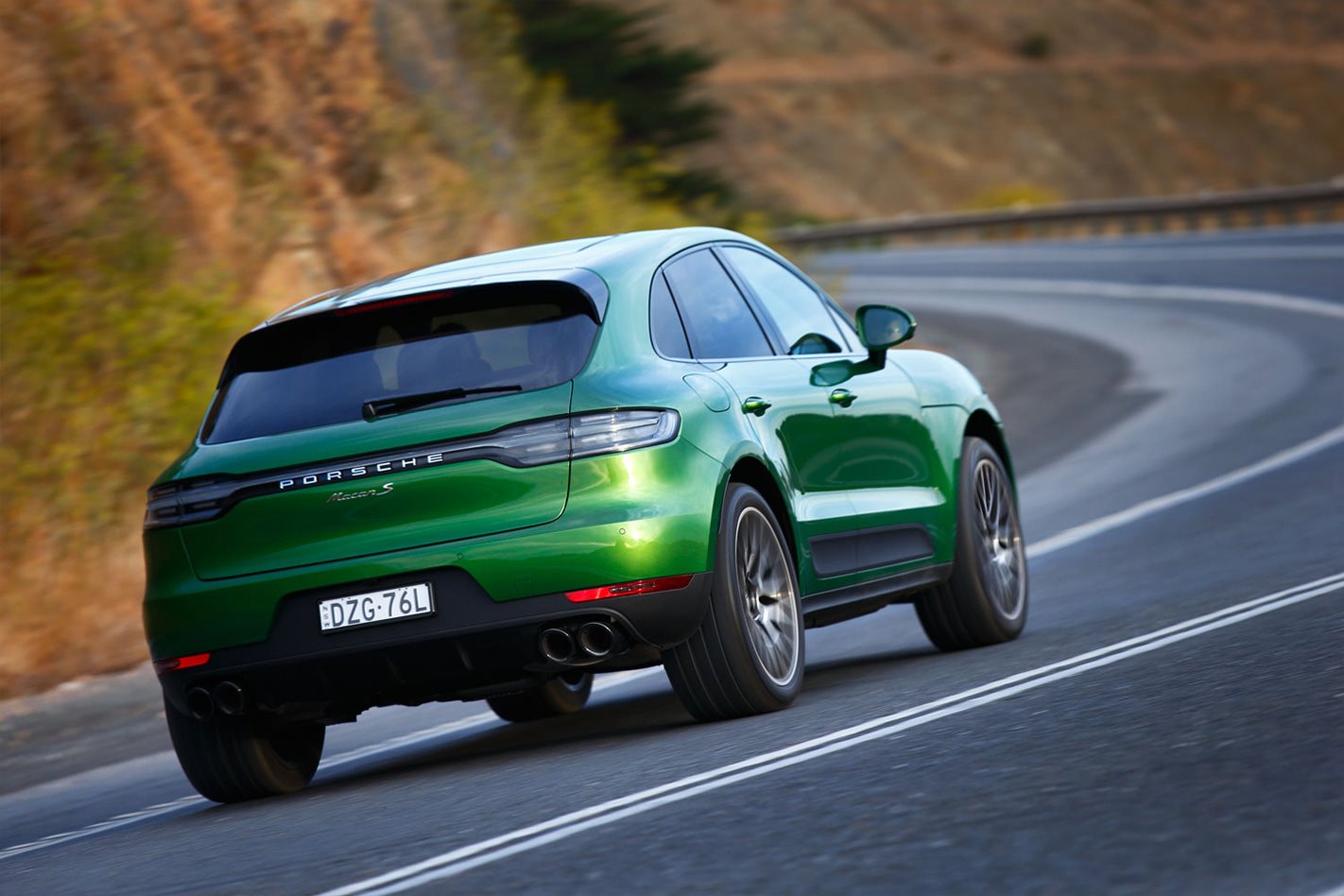 Read next: 2019 Porsche Macan facelift: what to expect

In an attempt to claw back some ground, Porsche has facelifted the Macan for the first time, with refined aerodynamics, suspension, brakes, PDK, centre clutch and a bigger 10.9-inch infotainment screen debuting alongside tweaked styling and that all-new engine.

Spotting a facelifted Macan from the front will take a well-trained eye, with the lack of obvious fog lights and new LED headlights the tell-tale signs. From behind, it’s the brake lights which stretch across the entire width of the boot that give the game away. 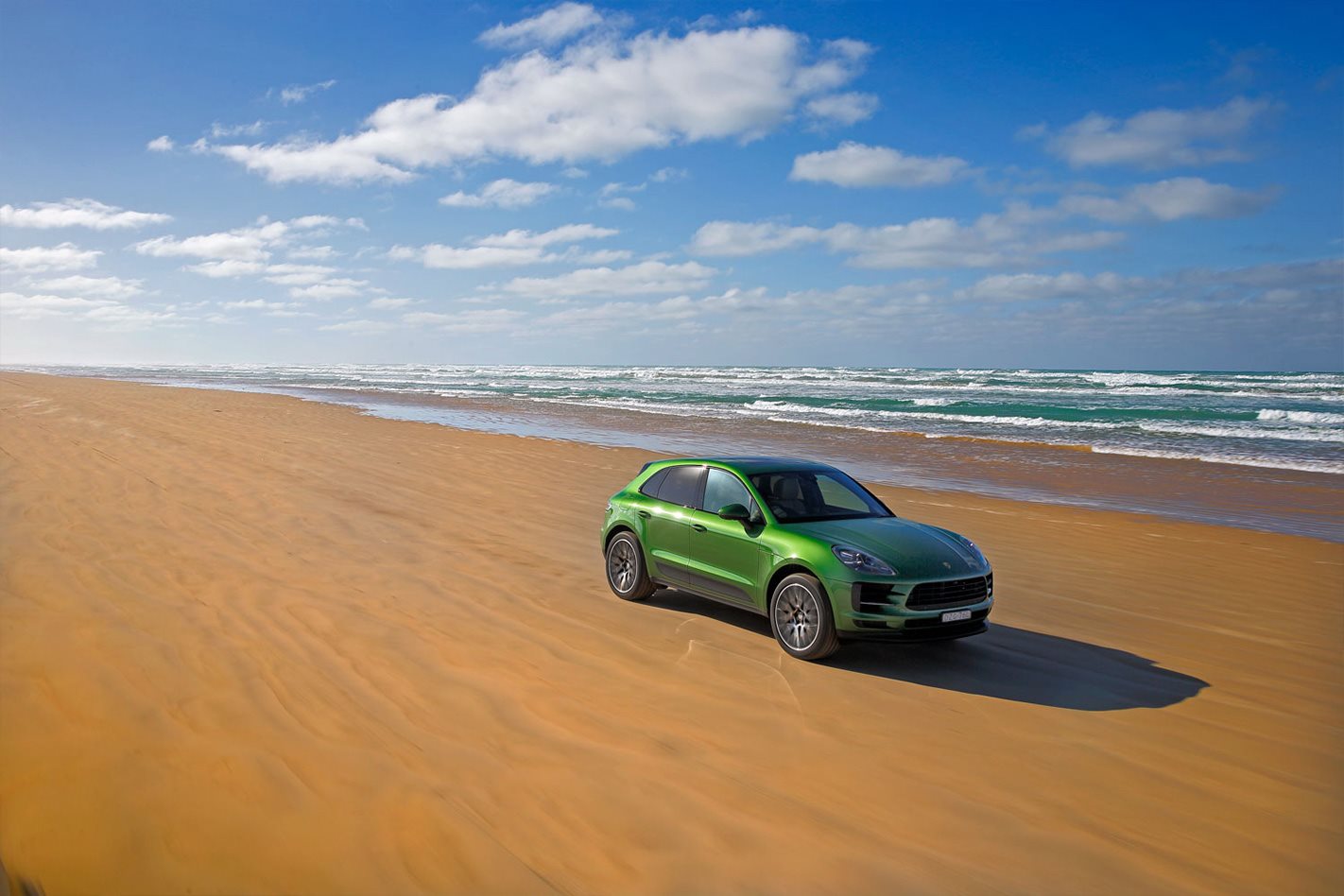 Just a single variant, the S, was available at launch, priced at $97,500, while the entry-level four-cylinder Macan is currently being hustled through customs, and will be in dealers shortly with an $81,400 asking price.

It’s expected when fully fleshed out, the 2019 Macan range will mimic what is currently available – minus the diesels – with hotter GTS and Turbo offerings capping the line-up. 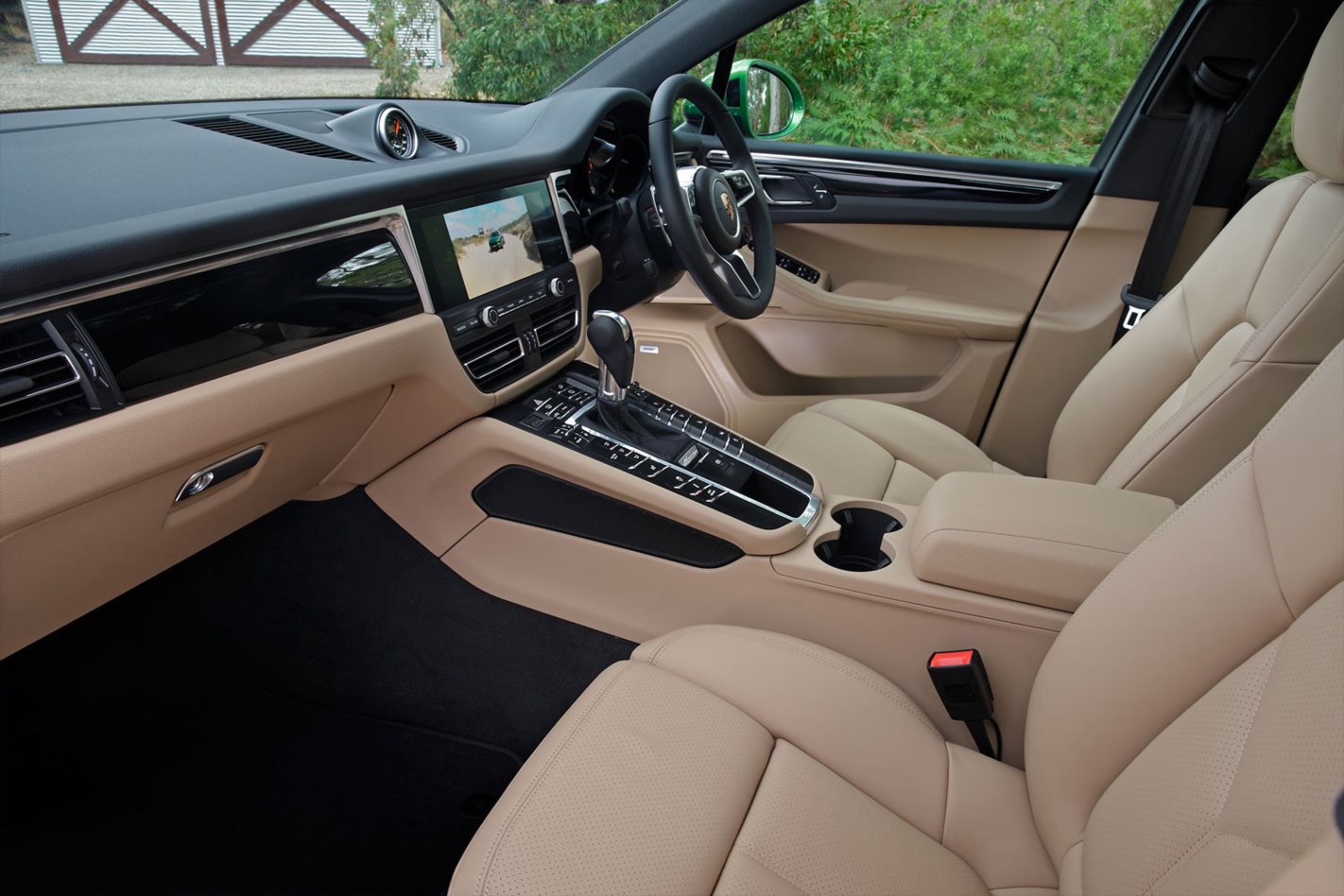 The most significant change for the Macan S is the 3.0-litre single-turbo V6 engine, developed by Porsche, but is also fitted to VW-group sibling the Audi SQ5. Despite losing a turbocharger compared to the pre-facelift model, the Macan S gains 10kW and 20Nm of grunt for 260kW/480Nm claimed outputs. This is sent to all four wheels via a seven-speed PDK automatic transmission.

Propelling the car to 100km/h from a standstill in 5.3 seconds, the engine provides healthy doses of low end torque (with the peak figure arriving at 1600rpm), but peak power only arrives 1000rpm from redline. Despite this, the PDK is calibrated to keep the engine in a sweet spot, with stout acceleration on tap at the flex of the foot. However, the noise the new engine emits is dull, and rather synthetic (though Porsche assures us there is nothing plumbed through the speakers). An optional sports exhaust is available, but you won’t be rolling the windows down and turning the music off as you approach tunnels any time soon.

One of our prior gripes of the Macan is the seven-speed PDK transmission’s propensity to change ratios too early in its sportiest setting. While standard cars will still short shift around town, the optional ‘Sport+’ mode that comes as part of the Sport Chrono pack is calibrated nicely to hold gears for longer. 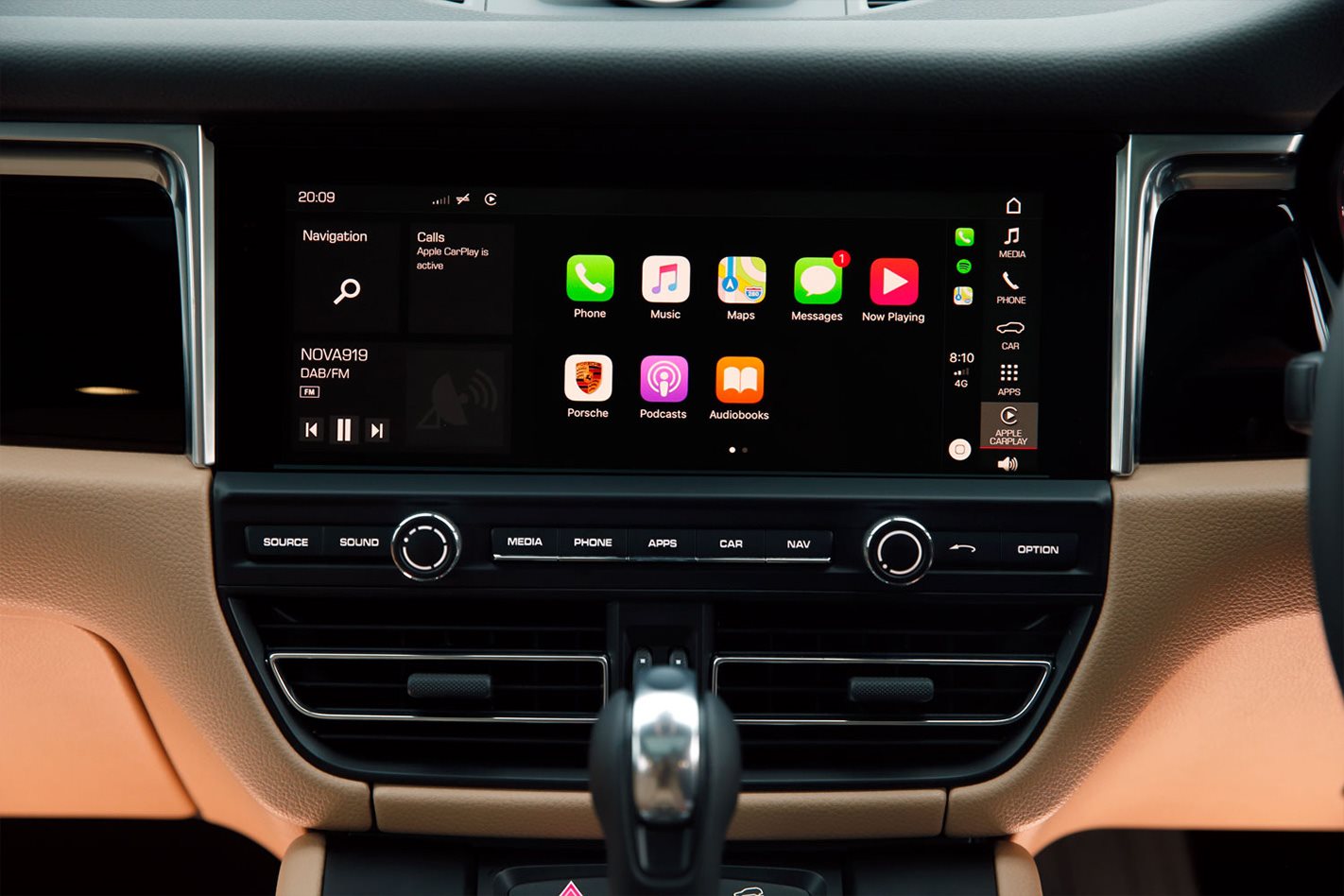 It’s on winding roads that the Macan is at its best. Despite its almost two-tonne kerb weight, the S revels in the bends, with sublime turn-in, and limited body roll. Pitch control is also excellent for a car of this stature at speed, with mid-corner bumps handled with poise. On the standard 20-inch wheels, the modest tyre sidewall and suspension do an impressive job of smothering sharp surface changes with composure. Three-stage adaptive dampers are standard on the Macan S, and while the softest ‘comfort’ mode provides the smoothest ride, both ‘Sport’, and ‘Sport+’ are perfectly useable in the real-world.

The same can’t be said for the ride on the optional 21-inch rims which undo all that goodwill the moment the road is anything less than billiard table smooth. That’s largely down to the far more focused Michelin Pilot Sport rubber, which features a stiffer sidewall than the Goodyear Eagle Sports fitted to the cars with 20-inch alloys. Imperfections in the road are communicated into the cabin more readily, with the ride becoming significantly busier. Despite being electronically assisted, the Macan’s steering doesn’t feel artificial, with a cleverly calibrated synthesis of feedback boosting confidence on turn-in. 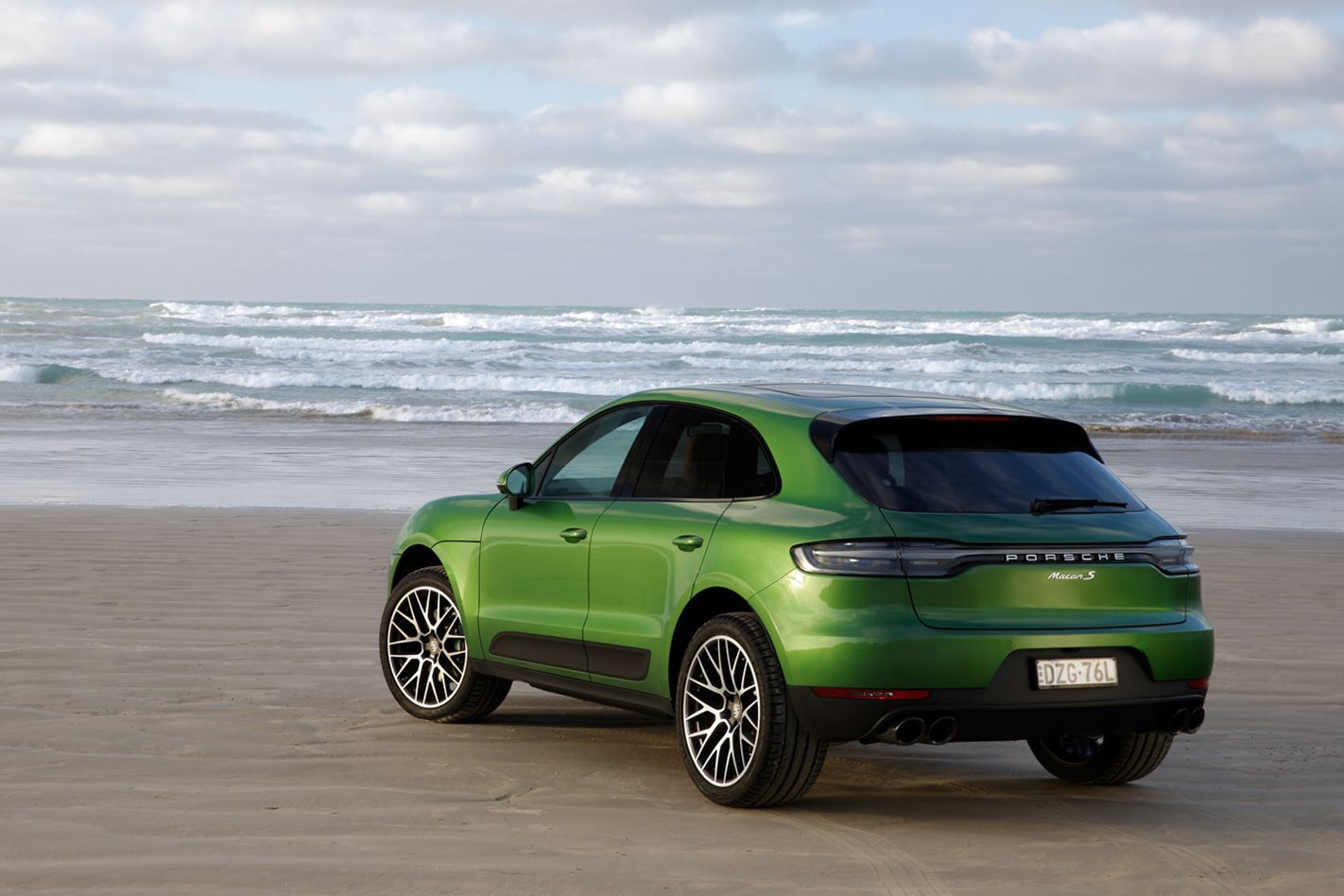 Wheels has previously panned the Macan’s interior as “cramped and dated”, and this remains largely unchanged. The addition of a 10.9-inch infotainment screen goes some way to improving the interior, however there are still too many buttons (27 on the centre console alone), and rear space is lacking for adult passengers.

As with the pre-facelift models, AEB remains an optional extra for the Macan, offered only alongside adaptive cruise control. Safety tech offered as standard on mainstream models shouldn’t come at an extra cost for a car priced at nearly six digits.

Read next: Porsche Macan more accessible than ever

Where Porsche has improved inside the Macan is cabin refinement. Road and wind noise is notably reduced for the facelift, with a hushed experience offered on harsher road surfaces. 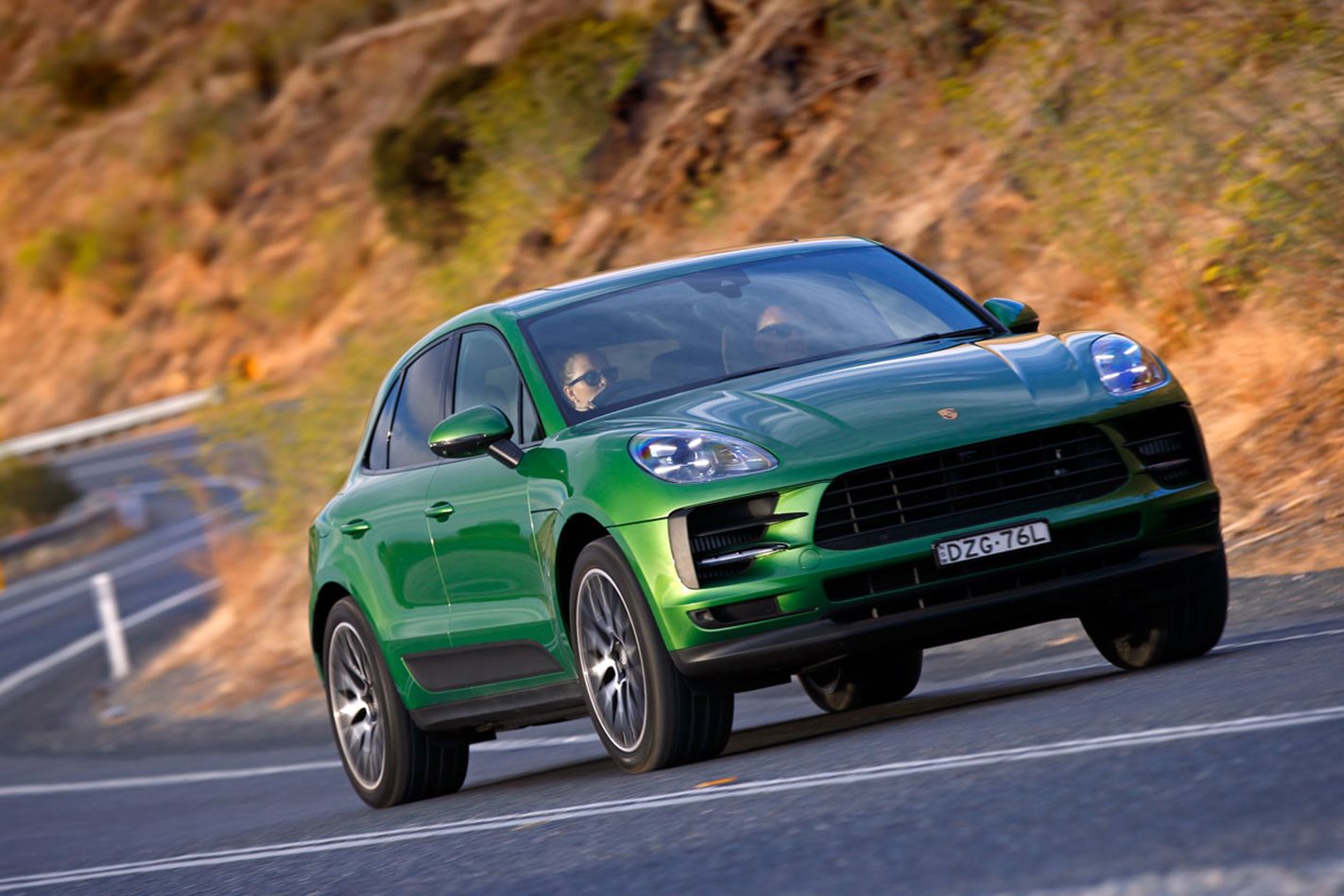 As a sign of its commitment to improving cabin noise, Porsche offers Macan buyers the option of adding special acoustic glass to further reduce invasive decibels.

So while it remains hamstrung by its ageing platform, the Macan S has pushed the dynamic benchmark just a little higher for the segment, taunting its rivals with sheer athleticism and composure.

While other manufacturer’s have begun to catch up to Porsche, offering ever more impressive and dynamic SUVs, Stuttgart’s engineers have been quietly working away on tweaking the Macan, and have returned serve with a facelifted model with excels at its intended purpose – being the sportscar of the segment.

While perfectly happy to emulate its 911 and Cayman siblings carving a back road, the Macan is also civilised enough to perform daily duties in impressive comfort. 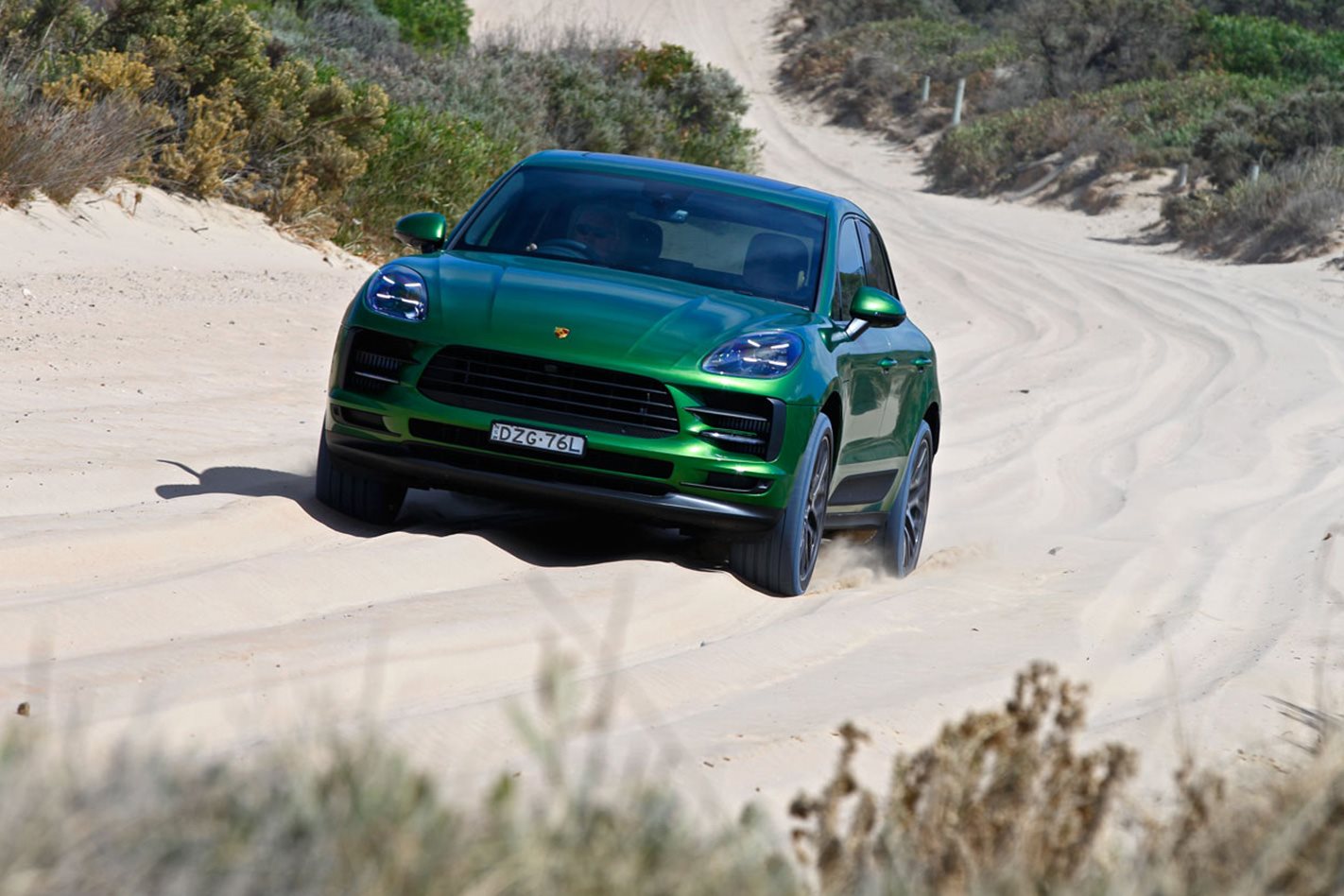 However, not even the most impressive driving experiences can hide the Macan’s age compared to competitors, that offer a better experience for passengers in terms of space and more modern interior design. It also lacks a truly delightful exhaust note, and AEB is only offered as an option. These changes will see the Macan through to its 2021 replacement, when an all-electric version is slated to appear. Until then, Porsche could well find itself fighting a rearguard action.