I have made it my business to step in all the 47 counties before the end of the year and at this rate, i might just do that before Jamhuri day.

Early in the month i was in Marsabit and two things caught my eye, the green vegetation you see as you drive through the county and more so Marsabit town, and the second is lack of fresh piped water in the town and its environs. 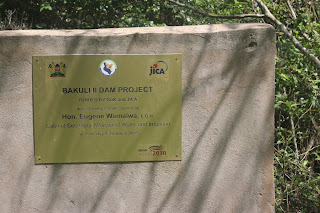 Parking outside Equity Bank at the heart of the town, you will see carts pulled by donkeys ferring tens of jerricans for water vendors who are making a killing in the town.

Water shortage in Marsabit has been such a nightmare that people can go for days without seeing a drop during drought.

You will only get fresh water in very few places like the hotel we stayed in, Saku guest house.

In my tour i realized most hospitality businesses are on the verge of closing because of the lack of water. 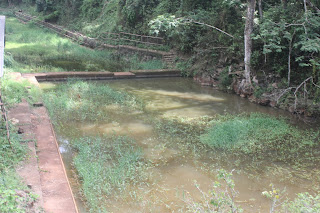 On the second day, we went to the Marsabit National Park and boom, there lies a Sh2.39 billion dam which was built in 2010 in Badasa area.

However the dam has overgrown weeds and to me it looks more of a fishpond than a dam. There is barely water that is expected to quench thirst of over 300,000 people.

In the dam there is a concrete tower with the steel scaffolding still up, abandoned pieces of reinforcement steel and a broken for bridge at the edge of the dam, i guess CS Eugene Wamalwa walked there during the commissioning in 2015.

The dam has a capacity of 3.3 million cubic metres. It has a 52-metre embankment and was purposed to depend on rain water to fill.

A water expert seeking anonymity  and working for the County government told us that the problems leading to its  stalling  were poor designs and corruption.

“The project was obviously not thought through, there was no public participation and this might have been the reason why it stopped before completion.”

After the dam, there is Marsabit Lodge, which is was also ran down because of poor business. According to my friend Justus , the challenge in running the hotel was security and scarcity of water.

It has however has been taken up by Hilton Hotel for renovations and eventual opening up.

According to the National Environmental Management Authority (Nema) website, the dam was cleared for construction after successful conduct of an environmental impact assessment.

Badasa/Songa Dam was one of the projects the government undertook through the National Water Conservation and Pipeline Corporation with the aim of increasing the country’s storage capacity and alleviating water shortage in arid and semi arid areas. 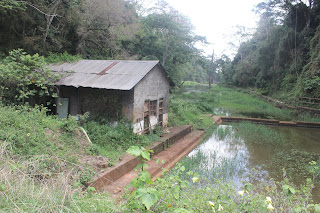 The project is part of the Vision 2030 initiative under which 22 medium and large dams are to be constructed.

Apart from Badasa/Songa, the corporation is also constructing four other large dams including Kiserian Dam in Kajiado, Umaa Dam in Kitui, and Chemususu Dam in Koibatek District. Maruba Dam in Machakos is being rehabilitated.

We await to see if the government, both national and county will at some point quench the thirst  of the good people of Marsabit County.